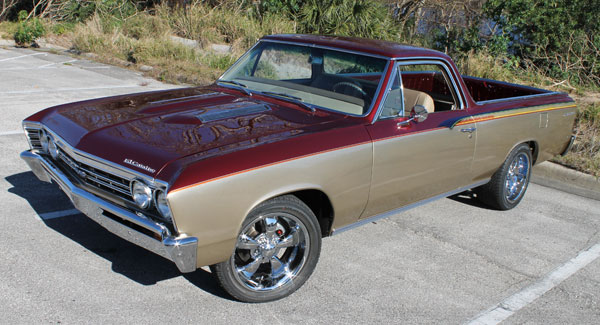 This once worn out 1967 El Camino was transformed into a 993 point show car!

Since high school, I had longed for two things. A 1957 Chevy convertible was number one and number two was an El Camino. The ’57 Chevy came first, and the search for an El Camino came later. I started with a ’71 then sold it and bought a ’77, then ’80 SS. My desire still had not been fulfilled, much to my disappointment. The sun did shine on me however the day I stood looking at this ’67. My heart skipped a few beats when it dawned on me that this car had a lot of potential. After much discussion with my wife regarding my vision for purchasing this El Camino and doing a restoration, the car became a reality. That was in April of 2006.

After doing some research, I picked my colors for a new paint job and designed the interior to complement the exterior. This old, rather beat-up El Camino became the vehicle I’d always wanted. A lot of work, time, and money eventually brought out the true beauty of this dream. 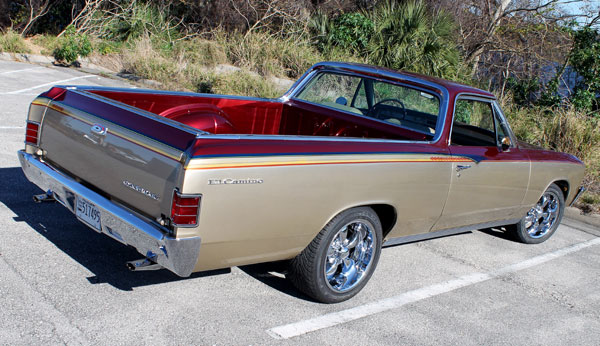 Time began to slip away quickly from the time restoration began until its completion. Patience began to grow thin, and eventually impatience took over. Originally, the builder lived only 2 miles from our house. However, the car ended up 200 miles from us after my restoration man moved. Seven years passed by and the El Camino was still not completed. The body was painted but no other cosmetic work had been done. Finally, the decision was made to move the car back home. Thanks to several knowledgeable friends who came to my assistance, we finished our beauty 2 years later. Then the day came when I could back it off the trailer at Eckler’s 2016 Winter National in Orlando, Florida. It scored 993 points out of 1000 at this show, which made all the ups and downs worth it! 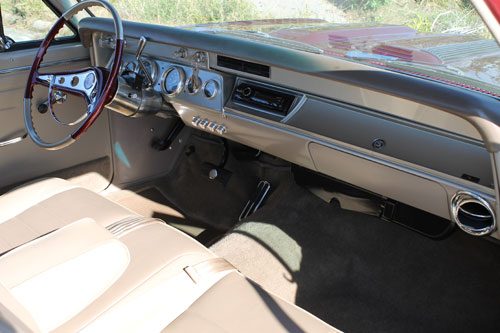 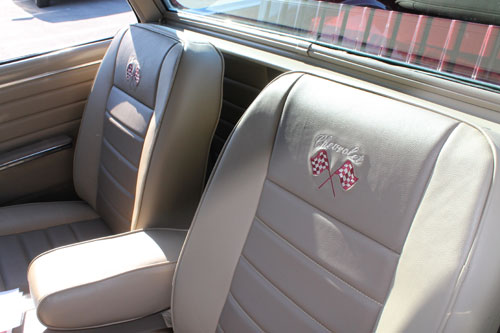 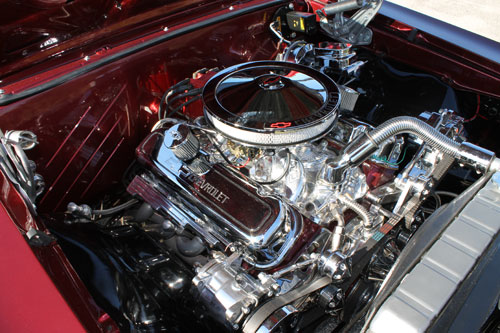 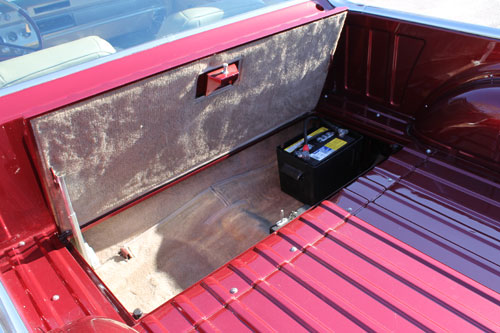 Some special features on this 1967 El Camino include:

Special thanks to Rob Cox and Lester Foreman for all their help in getting the car “show ready”.

My dream to get this beautiful ’67 El Camino has brought many smiles and taught me lots of patience. Amen, “Thank You Lord!”